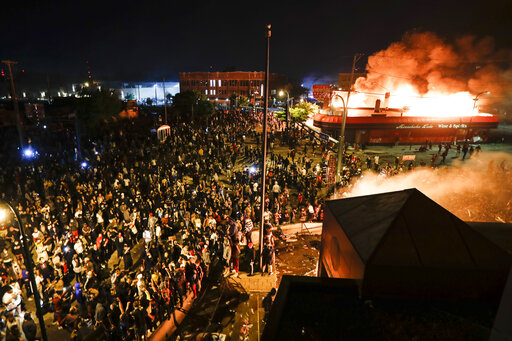 With all the cultural chaos swirling around us, several of you have asked how to best pray for our city and nation. There is neither time nor space to give a full overview of how I believe we should look at our current situation, but here are a few thoughts in the aftermath of George Floyd’s tragic death and the protests and riots that have erupted in response:

My guess is that America in this moment feels something like France did in 1789, or Russia in 1917. It feels like we are on the brink of revolution. That’s not to say the revolution cannot be stopped, or at least greatly slowed. And of course the revolutionaries will never win in the long run. But recent events certainly show us just how much work the church has to do to disciple our nation. We do not simply want black lives to matter – we want black lives to thrive. Indeed, we want all people to thrive. But that can only happen in Christ. We want justice and peace to prevail – but the only justice and peace worth having are justice and peace defined and shaped by God’s Word. We want truth – but truth is found in knowing our Creator and living in accord with his design for human life. We should fervently pray – and diligently work – for these goals. If we care about black lives, we will do the same thing for black people that we do for all people -- point them to Christ. And that's because all of us have the same problem, namely our sin, and that problem can only be solved through Christ's death and resurrection.

Obviously, if you want more information, I'd suggest you follow the links above. I am certainly willing to talk with any of you further about these things. In sum, this is how I believe we should pray:

This is a web copy of the June 2020 Pastoral Letter