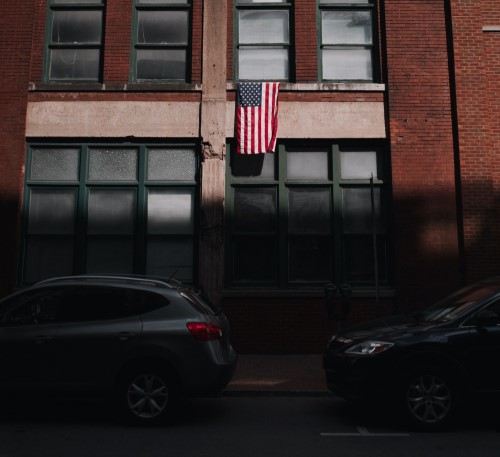 Like Isker, I also noticed the dichotomy in Leithart’s piece on a nation seeking its own good vs seeking the kingdom, but I took it differently than Isker does. In Wolfe’s book, he argues for a strong commitment to "ethnocentrism" as a "natural principle" and thus immune to all criticism. But this is contrary to the ethics of the kingdom of God, as it is preferring a speculative "natural principle" over a clearly revealed "gospel principle." Certainly, seeking the good of your own ethnic group in an exclusionary way is contrary to seeking the kingdom, as demonstrated in the Galatians 2 incident between Peter and Paul. The church has been given an international, global mission. The church is catholic -- meaning she is universal, open all ethnicites and races. When we see different ethnicities coming together to share one faith, one baptism, one table, we are seeing the kingdom of God in action. Nothing could be more plain from the NT.

Isker doesn’t do the same things with ethnicity as Wolfe, so he avoids the problem I took Leithart to be pushing back against.

Perhaps there are shades in between depending on how much ethnic homogeneity someone thinks is required to have a stable, coherent nation. The church has both nationalist and internationalist aspects to her identity. While I can have a spiritual bond with Christians in Mongolia, there is very little opportunity for us to worship and work together because of language and cultural barriers. We are one in Spirit, but in practice there is little we can do together unless one of us assimilates to the language and customs of the other. I grant all of that as obviously true. Nevertheless, it must also be stressed that all Christians, from whatever ethnicity or nationality, form one holy nation (1 Peter 2:9) and will live together in perfect and glorious fellowship for all eternity. Scripture repeatedly celebrates the global scope of God's salvation (e.g., Rev. 7).

An extreme ecclesiocentrism runs aground against God's creational ordinances that are still in effect. But such extremism is not inherent in the ecclesiocentric position. The church does not replace the nation or the family, even if we claim the church is our first and ultimate nation and family. To seek first the kingdom does not mean we only seek the kingdom. And it is not a gnostic pursuit either, as if seeking the kingdom is somehow separable from membership in an earthly nation, family, etc. We fulfill our kingdom responsibilities precisely within these earthly spheres. Further, eccleisocentrism does not mean we have to ignore or bracket out natural/providential realities, e.g., real differences that exist between different nations, different races, and so on. The point of ecclesiocentrism is not to replace or displace the nation, but to disciple the nation. The idea that ecclesiocentrism somehow leads to the godless globalism we see rising in our day, or that it somehow aids and abets hatred of America or "whiteness," is, frankly, absurd. Confessing the centrality of the catholic church in history and society does none of those things. That being said, I grant that an extreme form of ecclesiocentrism can go too far in relativizing the roles and importance of family and nation.

But an extreme ethnocentric nationalism also runs into problems. It is simply impossible to make a Christian case for racial or ethnic segregation. Even in the old covenant we see all kinds of ethnic and racial intermixing go on, fully approved by God. Nations are real, but permeable and contingent; thus they come and go from the stage of history. Israel was a mixed multitude from the time they came out of Egypt. Many Gentiles were incorporated into Israel via conversion/circumcision or marriage. Still others became Gentile God-fearers, and no doubt adopted many aspects of the Jewish way of life, though without becoming full Jews. God gave laws to Israel in the Torah regulating and limiting immigration, but made very clear they were love the alien and stranger in their midst. Hospitality -- literally love of stranger -- is a prized virtue in Scripture. The ethnocentric concerns of Jonah were roundly rebuked. And so on. Of course, with the arrival of the new covenant, on this side of Pentecost, we know the blessings of Abraham are flowing out to all nations and families. A huge swath of the NT, especially Paul's epistles, is taken up with helping Jew and Gentile Christians learn to get along in local congregations. The answer to their problems is never for these groups to segregate into their own ecclesastical or political enclaves. The point is for them to become a new humanity, united together in Christ Jesus, by a common love and faith. It seems that Wolfe and many of his followers prioritize national and civil unity over any kind of ecclesial unity. Do they believe there is really one holy catholic and apostolic church? How do they understand the oneness and catholicity of the church? Do they grant that membership in and loyalty to the church transcends and trumps loyalty to the family and nation?

If the "Christian nationalism" discussion is to go forward, it will have to avoid the extremes. If some ecclesiocentrists are guilty of denying nature, some on the other side are guilty of clinging to the natural to the exclusion of the Spiritual. If extreme ecclesiocentrists are wrong to deny the ongoing importance of creational ordinances like marriage and family, and what we can learn about them from God's design embedded in nature, the ethnocentrists are wrong to deny the clear gospel principle of ethnic and racial integration brought about by the work of Christ and the outpouring of the Holy Spirit.

Take a couple examples of the kinds of statements we ought to avoid. Jim Jordan wrote, "The new family is the church. The parents are not the biological parents, but the elders of the church, who act for Christ." In context, Jordan is arguing against certain mistakes made by hyper-patriarchalists, especially in the context of public worship, e..g, fathers hold the keys to the kingdom and can incommunicate and excommunicate their children. He is stressing the church as the new and ultimate family -- the household of God, as Paul and the WCF put it. But it is worded in an extreme way, and thus easily provokes misunderstanding. The church does not displace the natural family, and elders do not take the place of biological parents. The elders of the church are not going to brush your kids' teeth at night, tuck them into bed, or pay their college tuition. The statement goes too far and becomes unhelpful. The church disciples the natural family, but it does not replace the natural family.

But consider another extreme statement. Wolfe says, "The instinct to love the familiar more than the foreign is good and remains operative in all spiritual states of man." But this is simply wrong -- or at least wildly overstated. The point is not that we stop loving the familiar -- our families, our nations, our customs. The point is that if love of the familiar is raised up to a principle that cannot be corrected or transformed in any way, it leads quickly to idolatry. It is contrary to the gospel. It was precisely love for the familiar over the foreign that led Peter to disfellowship believing Gentiles (Gal. 2). The Jerusalem Council had to be called to help Jewish Christians in the apostolic era understand that "foreign" Gentiles were to be welcomed into the family and kingdom of God as fellow heirs and citizens. The water of baptism is thicker than the blood of genetic kinship. If the apostles had followed the instinct Wolfe describes it would have disastrous for the church. The gospel does not leave our natural affections unchanged. It transforms and expands them. Becoming a Christian does not mean I love my family or nation less. But it does reprioritize and expand my loves. It transforms  and reshapes my loves. I now love my Chinese Christian next door neighbor in a way that I would not have before; indeed, I have a deeper love for him than I do a neo-pagan white neighbor, even though I more genetic commonality (and perhaps cultural familiarity) with the latter than the former. Further, I hate my own nation for countenancing the slaughter of babies and "gay marriage" -- and this hatred is not incompatible with a genuine patriotism, but it indicates that my love and affection for America is not controlled by merely natural considerations but ultimately by Spiritual ones.  Wolfe's nationalism is, in a very crucial way, a nationalism of the flesh. It is a natural nationalism, not a Spiritual or properly Christian nationalism. It will not do to say that whenever various ehnic groups have tried to live in close proximity, it has led to disaster. The early church disproves that. The unity of medieval Europe disproves that. The best periods of American history disprove that. We need to have more confidence in the work of the gospel. Wolfe's principle of "like likes like" is simply bad ecclesiology and bad missiology. Our love for the familiar and the foreign cannot remain a merely natural love, but must become a Spiritual love, guided and shaped by the Spirit's work and the revelation of Scripture. Wolfe has constructed a speculative doctrine about how unfallen humans would gather in ethnically and racially segregated/homogenous groups and then declared these natural impulses (even post-fall) are immune to gospel critique. In other words, he has built a speculative doctrine and then refuses to let clear Biblical texts correct it. This is mistaken.

Ecclesiocentrists need to guard against denials of nature/natural revelation and the creation ordinances; grace does not destroy or override nature, but rather restores and perfects nature, rightly understood. Ethnocentrists need to guard against denials of the transformative power of the gospel and the weight of new covenant catholicity; while families and nations continue to exist, they are secondary to the family and nation that is the church catholic. Perhaps if both sides avoid extremes, they can at least find substantial common ground.